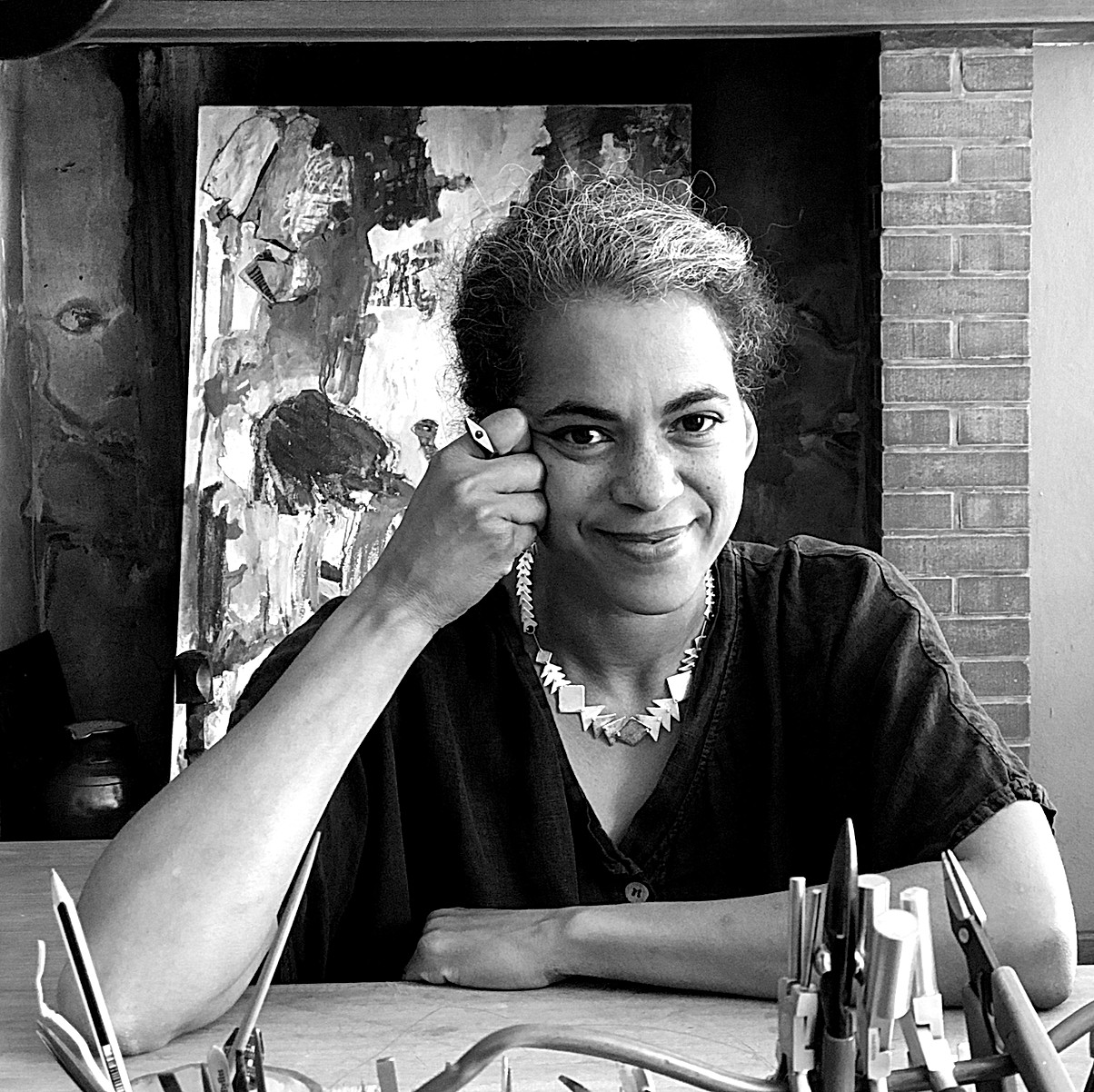 M.Kala was born and raised in Congo, then moved to France where she studied French literature specialising in African narratives at Sorbonne University before becoming a French teacher in London. In her research she looked at the intimate bonds a writer draws between the reader, a particular ‘time-space’ and themselves. She observed similar bonds in craft, as she became increasingly interested in the African art. With jewellery, she realised that she can choose materials according to a space and story-line. She studied fine jewellery at City Lit part-time.

M.Kala presents minimalist yet bold jewellery pieces. Her approach is guided by the observation that strong symbols come usually in simple shapes and repetitive patterns. Her African background but also her love for literature inform her practice: she thinks carefully about the bounds between the components she is working with, their social and political context. Matter is the thread of her plots.

She has a particular interest in non-precious materials or objects that have carried a particular significance in pre-colonial times as well as in modern Africa. In combining them with precious metal, such as silver or gold, she hopes to enhance their intrinsic value and write a new story.